Posted at 05:08h in Destinations, Eastern Serbia by Dragan 0 Comments

Where soaring cliffs meet a tame Danube river, the mighty Iron Gates of the Danube are one of the most captivating parts of the Djerdap National Park. Shared by Romania and Serbia, this part of the river is home to Europe’s tallest rock-cut relief, remains of an ancient Roman bridge, and a Mesolithic site dating back milenia. The gorge also hides a secret; a second Atlantis, Ada Kaleh; a once small yet flourishing enclave, free port and nest of smugglers.

The Djerdap National Park and its gorge are located in Eastern Serbia where the Danube acts as a natural border between Serbia and Romania. From Golubac to Kladovo, the Iron Gates consist of four majestic gorges and three expansive basins. The Golubac Gorge comes first. Then, the Ljupkovska Basin followed by the Gospodjin Vir Gorge. The basin of Donji Milanovac follows and right after it are the Small and Big Cauldron, respectively. Orsova Basin is the final basin and it is followed by the Sip Gorge, where the hydroelectric dam is. Altogether the Djerdap Gorge is some 100 km long, beginning at Golubac and ending in Dijana, near which the Kladovo Fortress may be found.

Covering a total of 64,000 hectares, the Djerdap National Park is home to a multitude of incredible natural formations. Together, the above mentioned features are known as the Iron Gates of the Danube. Your adventure through the Iron Gates, whether by water or land, will take you past not only its natural beauty, but past some of the earliest settlements in Europe as well.

Starting at the mouth, the Golubac Gorge is the first of four gorges to make up the Iron Gates. Flanked by soaring cliffs reaching up to 300 m above the Danube, the 13.5 km-long gorge begins right after the Golubac Fortress. Some caves and springs are located beneath the sheer cliffs; a positive addition to the first impression that the Iron Gates present. The settlement of Dobra is located further downstream, on the right bank of the river. Lepenski Vir is located close by; one of the oldest and largest prehistoric European settlements, dating back over 8,000 years.

The Iron Gates then open up to a milder 12 km-long Ljupkovska Basin, with gentle slopes gradually rising up to 150 m above the Danube. The gorge of Gospodjin Vir is next. Here the cliffs soar, the river narrows and the water deepens. Reaching a depth of 90 m, Gospodjin Vir is the deepest part of the Danube and one of the deepest points of any river in the world.

Central hub of the entire National Park, Donji Milanovac and its 19 km-long basin welcome you to one of the widest parts of the Iron Gates. The town is located on the right bank of the Danube and its lake reaches a width of roughly 2,000 metres. The gorge narrows and soars once more for 20 km following the basin of Donji Milanovac, at what the Turks have named the Veliki (Big) and Mali (Little) Cauldrons. Considered one of the more interesting parts of the Iron Gates, the Cauldrons got their name for the vortices that were found here before the damming of the river. Europe’s tallest rock-cut relief, Decebalus Rex is located at the mouth of an inlet leading into Romania. Further downstream and visible only from the water, Trajan’s Tablet is the last remaining piece of evidence an ancient Roman bridge. The tablet features Latin inscriptions telling of Trajan’s bridge; the longest bridge in the world for 1,000 years following its construction. Emperor Trajan completed the road across the Danube leading into Dacia. The bridge was 1,097 m long and 20 column supported the then architectural masterpiece. All that remains today, however, are a few columns that penetrate the surface of the water. From this part of the Danube, though, you may see remains of the ancient road carved into the cliff. The Cauldrons lead to the penultimate destination and final basin of the Iron Gates, the 16 km-long Orsava basin.

Finally, located in the 6.5 km-long Sip Gorge, the hydroelectric dam of the Danube is up next. The construction of this dam lead to the submersion of Ada Kaleh; a small island in the middle of the Danube, populated predominantly by Turks. The Serbia-Romania border is located at the damn, giving you the option to go between the two countries. Keep going downstream for 2 km, however, and you will come across one of the best-preserved examples of Roman military architecture in Serbia, Fortress Dijana. Also built by Emperor Trajan, the military fortification is 140 m long, 135 m wide, and served its function until the 6th century CE, when the Avars and Slavs attacked from the east and captured it.

How to get to the Iron Gates:

The best way to see the Iron Gates is to come here via Donji Milanovac, central hub of the Djerdap National Park. Plenty of buses travel here daily from Belgrade, meaning getting here is no tough task.

You may also begin your adventure throughout the Iron Gates from Kladovo and make your way upstream. If you’re beginning your adventure from Kladovo, it’s still best to take a bus that travels via Donji Milanovac. For more information on bus timetables, you may call the Belgrade bus station on  +381 19 81 469 or call the bus station in Donji Milanovac on +381 30 86 185.

If you’re using private transport, there’s a road that travels along the Iron Gates. From Belgrade, take the E75 via Pozarevac to Donji Milanovac. There’s about 240 km worth of travel if you’re going all the way to Kladovo. 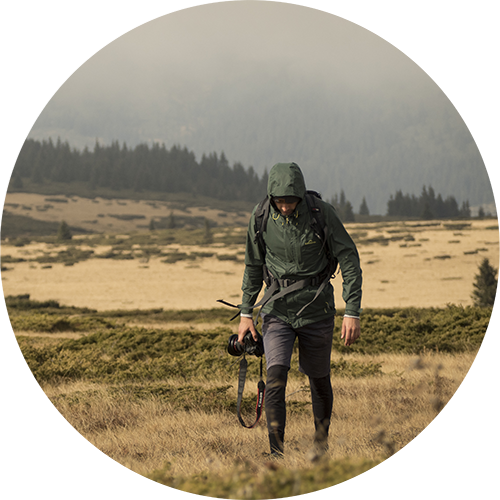